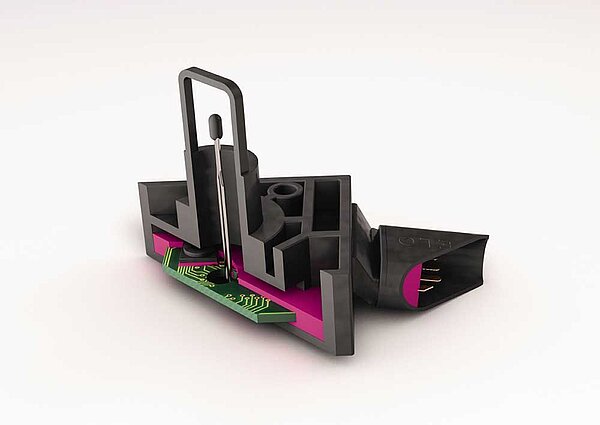 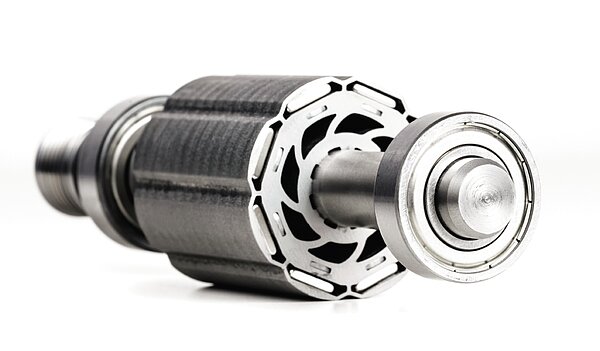 The need for high-temperature-resistant (HT) adhesives exists in numerous industries. In the automotive industry, for example, they are deployed for the sensors in engine and exhaust management systems in hot environments, where they are also exposed to aggressive chemicals. They are also in demand for other components in the engine bay where temperature requirements have recently risen again due to the introduction of a new cooling system. Because this new system is more powerful, it also generates more heat and affects other components in the engine bay more strongly.

Electric motors are also becoming increasingly powerful and generating more heat while at the same time more compact designs are leading to increased levels of accumulated heat. HT adhesives are therefore essential in order to bond magnets or to fix the rotor to the shaft. They also have many other applications in the field of tools: as an encapsulant, they are used to fix the copper wires, which can become very hot, of rotors in compact angle grinder motors and protect them against damage by abrasion caused by suction air enriched with abrasive particles.

Finally, HT adhesives are also found in power electronics, for example in rail vehicles and oil-drilling equipment, where there is so much power that electric components reach temperatures of over 200 °C. By contrast, in the aviation sector high-temperature-resistant adhesives are seldom required due to the ambient temperatures. They are considered only in areas close to the engine, for example for the inlet, fan blades or the front guide wheels.

By contrast, silicones are mechanically stable throughout a wide temperature spectrum and are suitable for temperatures of up to 300 °C. However, their strength is generally so low that they are suitable under such conditions only for sealing or casting purposes. The reason for these properties is the glass transition temperature mentioned above. For silicones, this is often -70 °C, meaning that at temperatures beyond this they are elastic in practice. This has a positive effect on their function as a sealant, because they remain flexible even below the frost line. However, limitations arise due to their slow curing and swelling behaviour. Their high flexibility is due to a wide-meshed molecular network. This enables both good mobility of the polymer chains and the incorporation of foreign molecules such as water or oil.

From the automotive industry to mechanical engineering and power electronics, adhesives are increasingly expected to offer high performance at higher temperatures. The adhesives industry has therefore developed a range of products that meet constructive, sealing and encapsulation requirements.

Its own success is the source of the biggest challenge for adhesive technology. Users require it for increasingly demanding scenarios, especially regarding temperatures. In recent years, more and more adhesives have been developed that are also suitable for use at high temperatures, which generally means a temperature of around 180-200 °C.

But it is important to remember that such an adhesive is still not as strong at high temperatures as it is at room temperature. Due to the close cross-linking of its polymers, however, it remains permanently stable and performs its function within the material composite.

What makes an HT adhesive?

This was achieved by designing HT adhesives somewhat more flexible, without making the cross-links less stable. A certain level of flexibility compensates for stress peaks during bonding, which occur particularly in the case of peeling loads. In addition, it also ensures a balance between the joining materials which is required for both good temperature resistance and good temperature stability due to frequent yet varying thermal expansion coefficients.

The right adhesive for the right application

If adhesives are required for a high-temperature environment, a choice of different adhesive chemistries is available. The different product groups and chemical variants offer a wide range of choice and further development options.

Polyurethanes are commonplace as a construction adhesive, but are not really suitable for high-temperature environments in the long term. Not only do they absorb moisture, they also become flexible and soft under the influence of heat. Light-curing DELO PHOTOBOND acrylates are deployed both as a sealant and as an adhesive. The most temperature-resistant products of this type are suitable for temperatures of up to 150 °C, meaning that they do not quite match the definition of an HT product represented here.

Anaerobic curing DELO-ML adhesives based on methacrylate do just about fall under this definition and are appropriate for temperatures of up to 200 °C under normal requirements. If, for reasons of efficiency, a popular light-curing component is integrated, the threshold is 180 °C.

In most cases heat-curing, one-component DELO MONOPOX epoxy resin adhesives are the adhesive of choice for temperatures above 200° C; their performance has been noticeably improved by the adhesive industry in recent years. In principle, a user can choose between two product groups, whose characteristics differ significantly due to different resin-hardener combinations. For structural tasks, epoxy resins with amine curing agents are common. They are impact-resistant, which is an important precondition for dynamic loads such as occur in electric motors, for example in the bonding of surface magnets.

The polymers in products with anhydride hardeners are still more closely cross-linked, making these products harder and less tension-equalizing. They make excellent high-temperature sealants. In such environments, a further strength of these products comes to the fore, which is that they are extremely resistant to aggressive chemicals such as petrol, gear oil or acids. For some new products, the usage limit is up to 250 °C. The flexibility required for good adhesion at these temperatures and the hard character described may initially seem contradictory, but an elongation at break in the range of 5% is entirely sufficient for high-temperature resistance in typical applications.

The adhesives industry has continued to push the boundaries of the permissible temperature range so that today numerous high-temperature applications can be successfully realised using adhesives. Once temperatures exceed 300 °C, organic materials generally begin to struggle, but the industry continues to develop adhesives with new functionalities, while still offering even better values of temperature resistance, general bonding strength, temperature stability and curing time under real-life conditions.