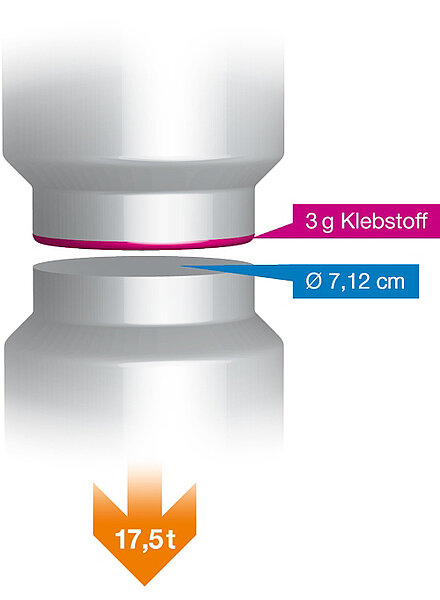 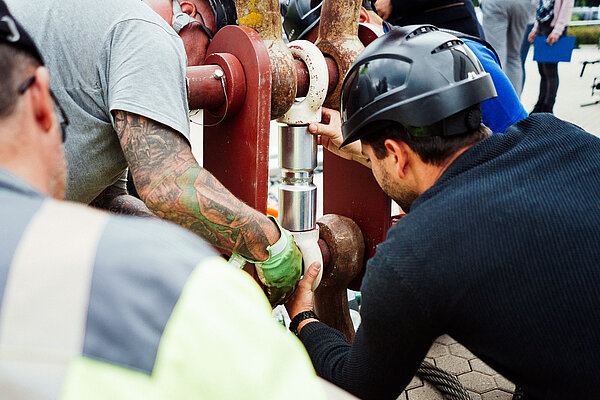 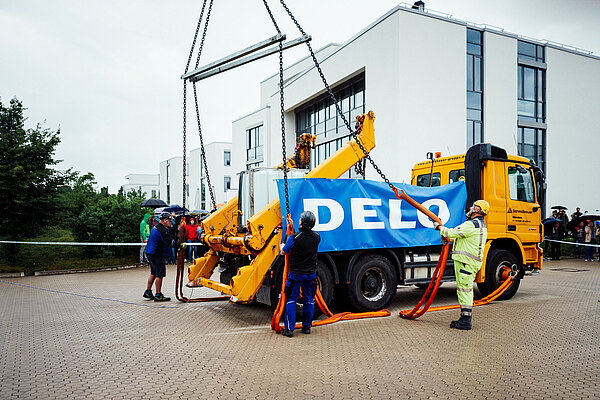 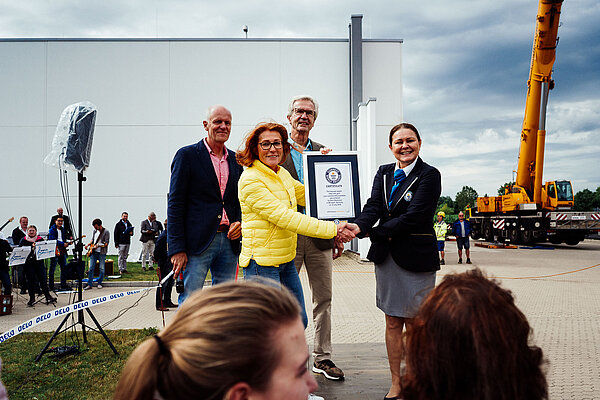 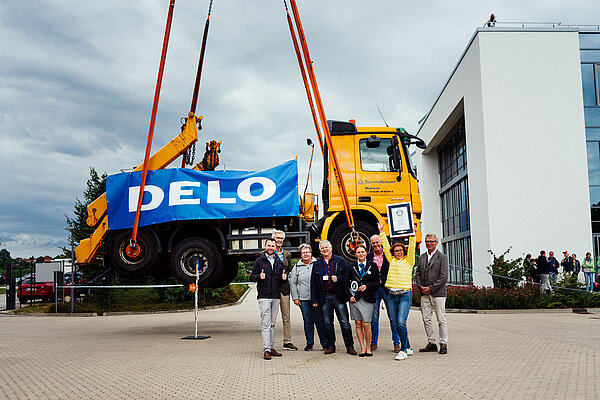 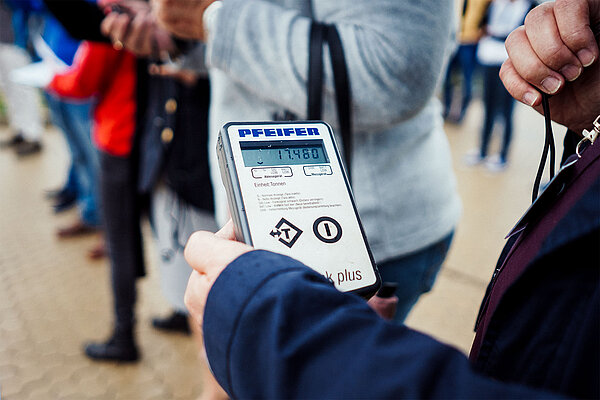 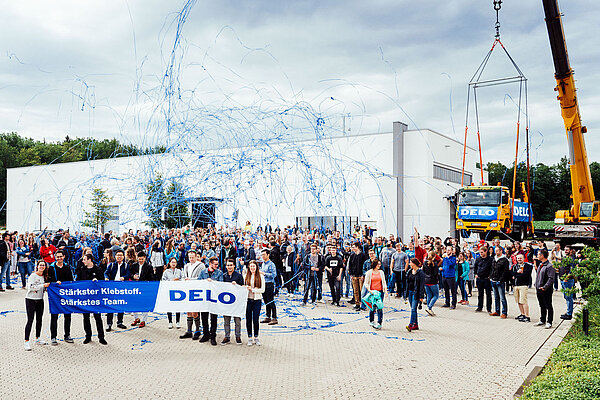 With 16.3 tons, the bar for the world record was set pretty high. However, they did not use a structural adhesive, but rather chose to melt the high-performance plastic PEEK and let it cool between the steel cylinders holding the plastic material. They explained it as the principle of hotmelt.

With 10 tons on the surface of a soft drink can, the air obviously got too thin for all-purpose adhesive and superglue. Therefore, in this world record attempt, they used a two-component adhesive, which was additionally heat-cured for more strength.

To reach a weight of over 5 tons, a Smart was strapped to the back of a pickup. Superglue kept it all in the air.

A forklift truck weighing more than 8 tons was kept in the air by superglue.

Adhesive: must not be commercially available Bonding area: < 40 cm² (approx. the size of a soft drink can) Height of the weight: > 1 m floating above the ground Time: > 1 hour
(measured with stopwatches having 1/100-second accuracy) 2 experienced, independent timekeepers 2 neutral, independent witnesses in bonding and testing 1 independent expert for calibration and measurement of weights Calibration certificate of the balance Complete documentation by experts, witnesses, and video

The first world record almost failed, because the attempt to keep a 3.9 ton pickup in the air with an all-purpose adhesive, was over after only a minute. The fixture gave way and the pickup truck fell to the ground. But they succeeded in the second attempt.

For 6 tons of weight, an oversized weight was placed on the pickup's bed. Allegedly, only nine drops of all-purpose adhesive were used for the record.

Sealing against aggressive media, equalizing tensions between materials, conducting electricity, providing acoustic insulation or optical transparency: it is properties like these that make DELO high-tech adhesives so special and worthy of being called multi-functional materials.

By lifting an 17.5-ton truck, DELO has secured the GUINNESS WORLD RECORDS™ title for the ‘heaviest weight lifted with glue’.

This is why we at DELO wanted to prove that our adhesives are not only probably the fastest and most versatile adhesives in the world, but also the strongest ones. We had set ourselves nothing less than the world record for the strongest adhesive, officially recognized by Guinness World Records – and we've made it!

“The great result is an absolutely collaborative success that also shows how we work every day. If we take on a challenge, we will not let it go until we find a solution.”

According to Guinness World Records™, the world record for the Heaviest weight lifted with glue (non-commercially available) is one of the frequently broken records.

On July 12, 2019, DELO lifted a 3-axle truck in the air. The 220 t truck-mounted crane used for lifting extended its arm 40 meters into the air. Additional concrete slaps were used to increase the truck's unladen weight of 13 tons to a total of 17.5 tons. So, in only twelve years, the world record was improved by a factor of over 4.

The name of the world's strongest adhesive is DELO MONOPOX. This is a modified version of the high-temperature-resistant DELO MONOPOX HT2860. This epoxy resin forms a very dense network during heat curing. A special filler was used among other things to modify the resin properties in order to achieve the extreme strength required for the world record. This made it possible to lift a weight of 17.5 tons with only 3 grams of adhesive.