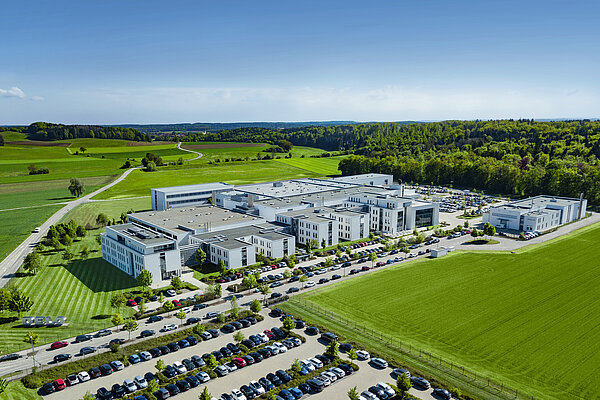 DELO closed the financial year that ended on March 31 with a turnover of EUR 163 million. This is an increase of almost five percent compared to the previous year (EUR 156 million). Despite increasing coronavirus restrictions worldwide, even the last quarter of the fiscal year contributed to this result.

The manufacturer of high-tech adhesives and other functional materials achieved about one third of its sales in Europe and North America. Another third each was earned in China and the remaining Asian countries. Accordingly, China was DELO's largest single market, followed by Germany with an 18 percent share of sales and Singapore with 14 percent. Apart from China as a traditional growth driver, the strongest increases were recorded in South Korea and European countries such as Italy. In terms of sectors, the consumer, automotive and industrial electronics industries continued to be the most important pillars.

“We felt the effects of the slowdown in global economy during the last fiscal year. What is remarkable is that we managed to finish the last quarter of our fiscal year above expectations despite the massive coronavirus restrictions and worldwide production shutdowns”, said Dr. Wolf Herold, Managing Partner of DELO. “This is mainly due to our Asian customers who were increasingly building up stocks in order to be independent from possible local restrictions.”

The company currently has a workforce of 800 people, 710 of whom work at its headquarters in Windach, near Munich, Germany. Recently, a 4,800 m² building for the development and production of dispensing and curing devices has been put into operation and a new production hall with an area of more than 8,000 m² has been handed over.

The outlook for the current fiscal year is cautiously optimistic. “We have coped well with the coronavirus crisis so far and are doing everything we can to keep it that way", says Herold. “If the global economy continues to recover and no further shutdowns occur, we could see an increase in sales by the end of this fiscal year.”